Simon Akers founder of Archmon talks about all things Cobras (yes the snakes!), unintended consequences and how co-working changed his mental health for the better. 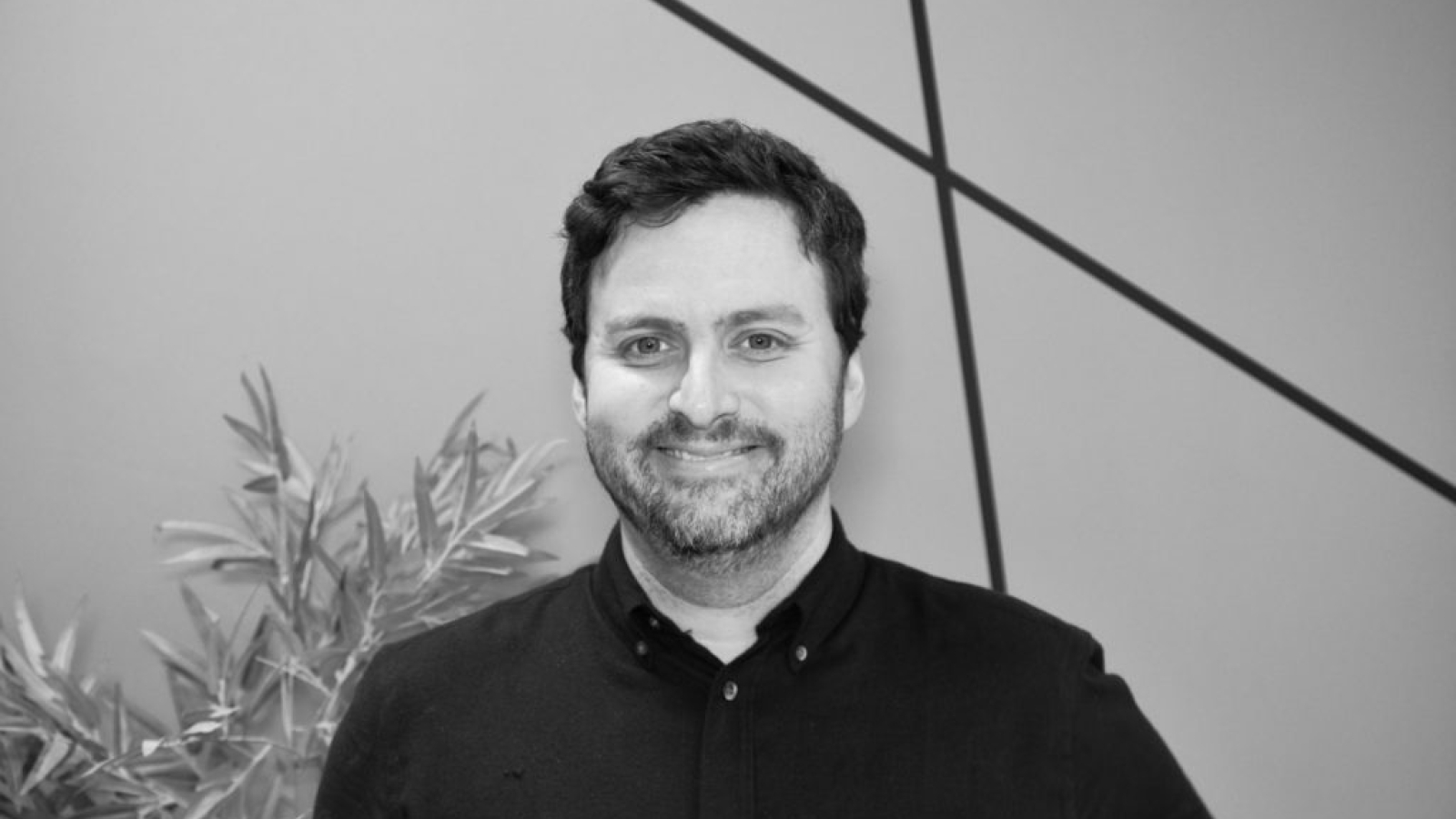 The importance of a work environment and combating loneliness is invaluable. ESPECIALLY when running my own business.

Stats show this. Depending on which source you favour over the last 4 years, 40-48% of self-employed people likely feel lonely or have reported loneliness. This has increased in step with more flexible working and freelancer gig-economies growth.

I think of my own situation. Late 2019. Before pandemics and isolation were a thing. When I went alone and self-employed (path to loneliness Pt1) I moved back to my hometown from London to take the financial edge off, be closer to family and be away from it all (unseen Pt2) - the assumed cauldron of pressure.

There’s a phrase however that I’ve been looking into a lot in behavioural science. Unintended Consequences. Coined by socialist Robert K Merton in mid 20th century, its definition on Wikipedia is clear: In the social sciences, (sometimes unanticipated consequences or unforeseen consequences) are outcomes of a purposeful action that are not intended or foreseen, such as a perverse incentive.

My favourite and somewhat humourous example is the original cobra effect. The government basically offered bounties to those who could turn in killed cobras amidst their population control directive, only to increase the population as canny entrepreneurial snake owners would breed more of them to make more bounty money!

Reptile economics aside - unintended consequences are everywhere, none so more than with our own mental health, and in particular juggling that when running our own business.

I recall reading some old business book that everything you do can make you personally or professional plus 1 or minus 1 in your direction of travel. This is pertinent for self-employment. You have a great day of work which gives you brownie points, only to be cancelled out by a lazy fast-food delivery to the office late because ‘you deserve it’!

The unintended consequence of leaving London and being home was one of numbness. Of emptiness. This felt deeper than a mere minus 1. Feeling a huge disconnect from what I believed was my R’aison D’être: to be in the thick of it, to network with fellow marketers of big brands, to have and feel that constant buzz and always-on energy, to work with clients who are doing good in the world. To help them grow. Could I ever recreate it? What had I done?

I was a hamster in a cage. I’d break up my day in the flat I rented (essentially one big room once you get over the initial excitement from Rightmove pictures of having a mezzanine floor upstairs) by nipping to the parent’s down the road in their Lincolnshire village. Nothing home-cooked fayre won’t cure. A longing comfort to antidote commercial pressures, whilst caring less for the waistline.

Time for action. To plus those minuses. I saw the co-working space advertised in Lincoln. Always liked the place up the road. Bigger than where I grew up but not as big as the humdrum of the city that I’d so loved for the majority of last decade. Sounds ideal.

Took a tour and a hot desk at a coworking space in the city centre called Mosaic. It was a space, with people, friendly faces, nice coffee, cool sofas and colours. A vivacious experience compared to the work-from-home doldrums. It was a mere hotdesk at first, fine but still felt temporary for me; I wanted more. The adrenaline of wanting to be closer to people. I upgraded to a dedicated desk upstairs, where I have my 2 screens, my own seat and a locker etc. Great, a sense of permanence.

Mental Health is starting to plus plenty of 1s by this point. But the BIG tipping point was to come…

Can’t live with, can’t live without. I guess I was relatively lonely. The solopreneur I was, who was pretty much alone all the time (single/lived on own/back in hometown where all my old friends had got on with adult things of marriage and children); I needed that alchemy of human interaction and outlet of random conversation, levity to break up the billable client hours. Don’t get me wrong I like being alone and in my own company, but I equally love seeing people. Being around them and feeling their energy. I occasionally get overexcited and they must think I’m loud at times and mad (I know this actually!) but it’s without doubt due to a build-up of necessary kinship.

I share all the above because I’m not unique. I know I am in some ways like we all do, but hell fellow self-employed folks with their own said 2nd screens and lockers feel exactly the same! We use the term fake colleagues at Mosaic. There’s loads of me’s. Some work for companies who are HQ’d elsewhere and are renting a desk. Some are studying for their Masters. Most are founders creating their own digital solutions.

We have a commonality. The very essence (and acceleration of which of course throughout the Covid era) of digital delivery of our work can only serve to further isolate us from the real world, so this square footage of an open plan office becomes a community. Alone together. Supporting each other and sitting in proximity without workplace politics- aggressive emails of CCs and FYIs and ASAPs merely the preserve of our own work or a nod to our corporate pasts, but never WITH or TO each other. Friends at work without the BS. Having a stressful day? No colleague to vent to? Let’s chat over coffee instead or take a walk to the sandwich shop at lunch. Imagine such a utopia. Forget lunch actually: we even go out for drinks occasionally on Thursday nights, and get this, we don’t talk about work!!

Life. Living. Most self-employed start up to solve a problem and/or remove the corporate shackles, but also know that, despite the preliminary sweat hours that go in to enable ourselves to get that rhythm and ultimately pay bills, don’t want to live to work. We want the lighter touch. You can’t sustain your mental health otherwise. The work is only as good as the vessel it comes from. Your mental health state is critical for self-employment success. If you’ve never serviced your car it would eventually break down, right? Get yourself in a better place, and the business success, in whatever wayyou deem it, will most likely follow.

So if you get anything out of what I’ve just scribed bar some random tale about snakes, think what the outlet of humanity can do for you and vice-versa. Forget mugs and coffee and material benefits, the feeling is what matters most. The feeling inside you, the fire doused with positivity, is where you can thrive personally and in turn professionally.

As a footnote, I write something every year on Mental Health day for someone, a chosen charity or similar. When asked to contribute to Mosaic’s blog, I realized they had kind of been my own charity that I’d felt the benefit from.

It works for me. This semi work life. The consequences now are a lot more unintended. The plus signs outweigh the minuses. I’ve found the cobras, but I'm definitely not breeding them now.

Simon Akers is a Mosaic tenant and founder of Archmon, a growth marketing consultancy delivering marketing strategies and planning, and that works with partners to bring those plans to life. 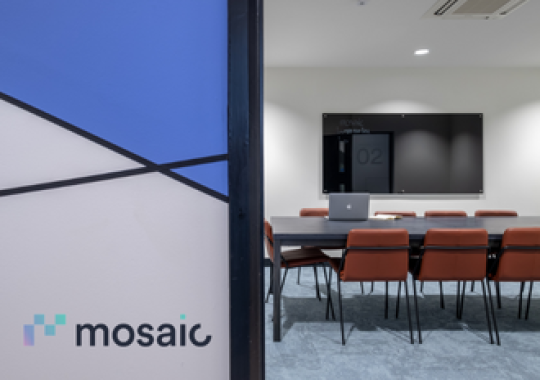 Are you ready to meet face to face? 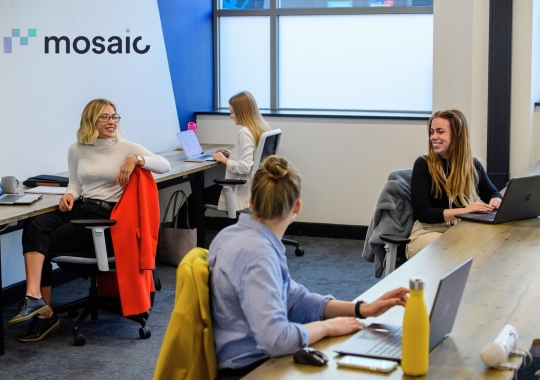 At Mosaic, we are committed to providing office space for our members who cannot work from home.

The Lincolnshire Innovation and Technology Awards are back!